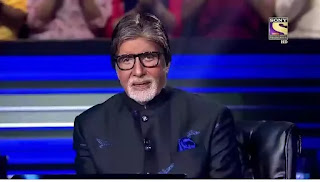 Kaun Banega crorepati abbreviate (KBC) is back with season 12 in 2020.

Kaun Banega karodpati is an India reality Television show which is hosted by Amitabh Bachan. This year Kaun Banega Karodpati is back with a new season 12. Kaun Banega Crorepati is a very popular show on Indian television.

This show is popular with the two things first is the prize money and second is the Legend Amitabh Bachan who has hosted this show.

And the last question is worth seven Crores and if the candidate gives a correct answer to the question, then he will be called the winner of the show and taken the 7 crores prize money to his house.

How to participate via SonyLiv App?

Name id proof (Any one of them)

Valid Address proof  (Any one of them)

The calls and /or registrations using the SonyLIV Application for Ios/Android platforms and/or SMS (together referred to as Entry) for participating should have been completed on or before the closing of the defined timelines in order to be considered as a valid entry.

How to answer through SMS?

How to answer Through IVR?

The audience can stream online at SonyLive App