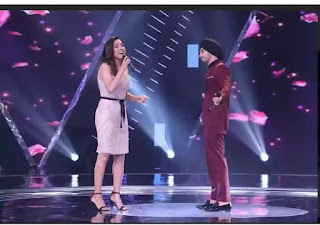 MTV Roadies India is a youth-based reality show that airs on MTV India channel. MTV Roadies first aired in 2003. In this show, a group of contestants travel to different places, destinations and participate in various tasks that challenge their physical and mental strength.

During the course of the journey, there are vote outs, vote ins, several contestants eliminations, and game-changing twists. Eventually, the contestants who manage to survive vote outs and succeed in the final task is declared as the winner of the show.

The show has enjoyed relative success among the youth. When talk about show, the executive producer of the show said, “Roadies have travel, adventure, drama, a touch of voyeurism.

With a 17 year history, it is one of India’s longest-running shows.

If you want to become a Roadies. You have to give Audition for this. You can apply for auditions online from their official website Voot or Voot App. You can also apply for auditions by clicking on Apply Button Below:
After that, you have to fill your personal details contact details name, Age, Address, Hobbies, Experience, City, Mobile no, Photo and video, etc. Make sure you upload your contact details correctly so after that the coordinators of the show will contact you easily.
After submitting your basic information then you have to upload your introduction video ( How to make an Introduction video ) You have also mentioned that why you want to come in roadies. If your application is approved by the coordinators of the show then they will get in touch with you shortly on the Audition grounds. (Good Luck)