Warning: file_get_contents(): Failed to enable crypto in /home/u171789245/domains/indianaudition.in/public_html/wp-content/themes/publisher/includes/libs/better-framework/functions/other.php on line 612 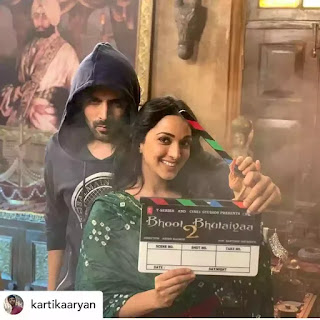 This is a psychological thriller movie and people like it so much. And Highly praised by the audience. He says I am Akshay Kumar’s biggest fan I am a fan of his acting. I am the Deewana of his movies. He says Akshay Kumar is our countries superstar and it became a matter of laughter to replacing him. But otherwise, I am glad to Bhool Bhulaiyaa 2 is happening looking forward to the shoot of the film.

Kiara Advani tells the reporter that Bhool Bhulaiyaa is my first Horror psychological thriller movie which I like the most and I watched it so many times in my life and my interest never loose on it. I never thought to work and play a role in a Horror comedy movie. Kiara Advani says I am so excited to work with a Bhool Bhulaiyaa 2 team looking forward to the shoot of the film.